THE TERRORISTS HAVE INFILTRATED THE BLOGOSPHERE

Have the terrorists ever attacked liberal sites? Just wondering.

A subtle equivalnce between liberalism and terrorism? I'm in awe.

On a more serious note, I am increasingly concerned about terrorism infiltrating our homes (by which I mean the blogosphere). It's personal now, and it's time we stand up and fight. They can take our buildings, but they will never take our Michelle Malkin.
# posted by Vampire Joe McCarthy @ 3:35 AM

Here's a cartoon I found on Free Republic. I think it sums up the American educational system pretty nicely, don't you think? 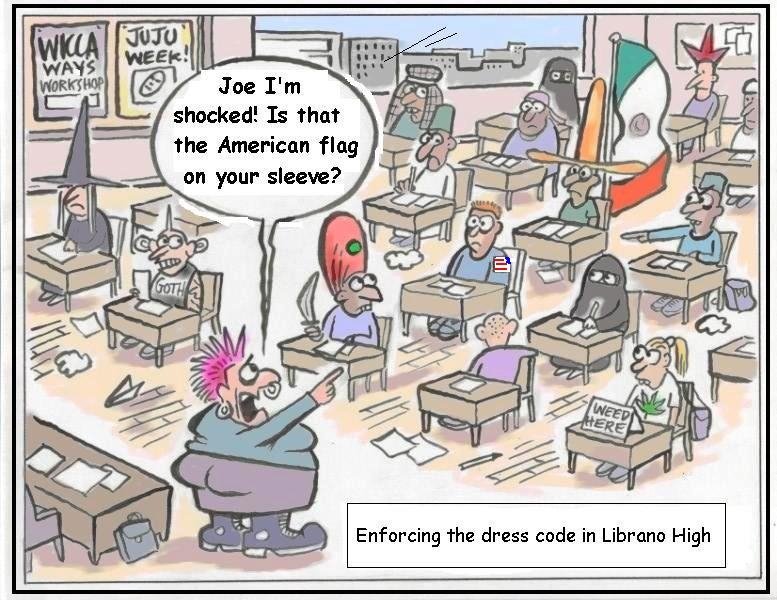 I slipped and fell down in the bathtub and I couldn't get back up for three hours
# posted by Vampire Joe McCarthy @ 2:52 AM