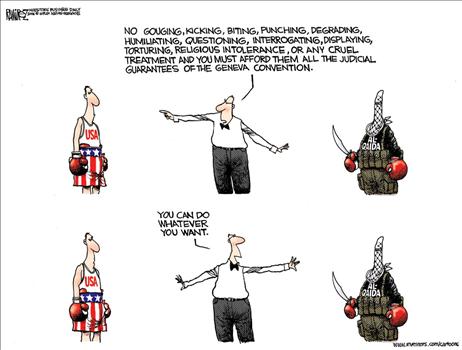 Right on man. Right friggin on. We need torture to win the war on terror. The only way America can defeat the terrorists is to their own tactics against them. Give 'em a taste of their own medicine.

You know that plastic wrap that CDs come covered in

I can open that using only my fangs, even the sticker part

It's a pretty neat trick, you should see it sometime

Can we swap Lincoln Chaffee for Joseph Lieberman

current music: organ grinder with monkey in the village i can hear from my castle window - song from tetris

Hey have you guys ever heard of this "you tube" thing

"Yeah I was sitting in front of the tv... I couldn't believe what was happening... anyway want to hear more boring stories that involve me watching tv"

Bad news on the Blogosphere Revolution front according to Google Trends