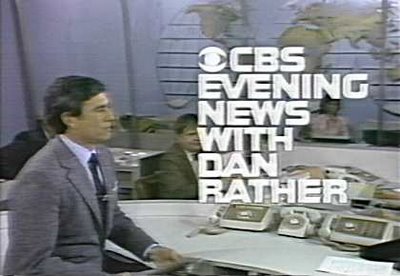 So one of the "24" producers,"centrist Democrat" Howard Gordon (obviously the Colmes to Joel Surnow's raging Hannity), says they're cutting down on torture:

Fox's 24 will become less torturous, but not because the U.S. military, human rights groups and children's advocates want it to.

The decision to cut back on torture is driven by creativity, not criticism, according to Gordon. In its sixth season, 24 has become so torture-heavy that it borders on cliche, he says.

"What was once an extraordinary or exceptional moment is starting to feel a little trite. The idea of physical coercion or torture is no longer a novelty or surprise.

"It's not something that we, as writers, want to use as a crutch. We'd like to find other ways for Jack to get information out of suspects," says Gordon. "Our appetite has decreased. Personally, I think the audience may be tiring of it as well. My wife says it's too much."

He claims it has nothing to do with pressure from those peace-loving hippies at the military, but who's he trying to fool? It's clear he's a total pushover who caved in to pressure from a bunch of whiny liberal protesters who apparently think Jack Bauer should swap his gun for a flower. This is worse than when ABC caved in to these pinkos and had to edit their 9/11 documentary to hide the truth about Clinton. Gordon has allowed the last vestige of good, patriotic American entertainment in a wasteland of "blame-America-first" Hollywood liberal propaganda to be infiltrated by the enemy.

I'm so angry I could strap him to a sensory deprivation device, stuff a rag soaked with hyoscine-pentothal down his throat and pull out his esophagus at which point I would then it in a shredder and threaten to kill his family (I'd shoot his hippie wife in the leg so he know it's not an idle bluff), all whilst he is being electro-shocked by wires from a lamp clamped to his testicles, waterboarded, and violated by Ted Kennedy.

I don't usually read The New Yorker, except for some of the occasional Bob Mankoff cartoons, but this article about "24" - a show I highly recommend, by the way - and its earnest creator, fellow freedom fighter Joel Surnow.

In recent years, Surnow and Nowrasteh have participated in the Liberty Film Festival, a group dedicated to promoting conservatism through mass entertainment. Surnow told me that he would like to counter the prevailing image of Senator Joseph McCarthy as a demagogue and a liar. Surnow and his friend Ann Coulter—the conservative pundit, and author of the pro-McCarthy book “Treason”—talked about creating a conservative response to George Clooney’s recent film “Good Night, and Good Luck.” Surnow said, “I thought it would really provoke people to do a movie that depicted Joe McCarthy as an American hero or, maybe, someone with a good cause who maybe went too far.” He likened the Communist sympathizers of the nineteen-fifties to terrorists: “The State Department in the fifties was infiltrated by people who were like Al Qaeda.” But, he said, he shelved the project. “The blacklist is Hollywood’s orthodoxy,” he said. “It’s not a movie I could get done now.”

First of all, no one ever calls to tell me these things. You think I signed off on the rights for Warner to use my likeness in Good Night and Good Luck? Hell no. All I got was a complimentary Daffy Duck tie. It's not worth fighting these Hollywood types for libel, since most court cases or whatever the hell occur during the day. If there's one thing I've learned, it's that some wars just aren't worth fighting.

Secondly, and this is just me talking, but I think I'd make a pretty damn good leading man. I mean, they made a whole damn movie about Roy Cohn. How's about Ol' Tailgunner Joe gettin' some of that limelight?

Finally, Hollywood's still angry because I had the cajones to call a spade a spade and root out Commies deeply entrenched in the film brigade. "The blacklist" - bah! If anything, I'd call it a protecting-America-list. The left just doesn't understand the extreme amount of influence a screenwriter wields in his hands in regards to global politics. You think the Iron Curtain would have fallen without David Mamet?